Berkeley Square's garden has the remaining part a replica of the Bristol High Cross. The original, erected in 1373, stood in the centre of Bristol, bearing four monarchs. These extra four were added as a later tier in 1663. Charles here would have faced down Broad Street, with Elizabeth looking down Corn Street.

It was moved in 1733 as it had become an obstruction to "modern" traffic, and a local man complained that it had become unstable and dangerous in high winds. It was taken down and later re-erected on College Green.

Later, prosperous visitors to the Hot Well wanted to promenade across College Green many-abreast and again complained that it was getting in the way. Eventually it was moved to the Stourhead estate in Wiltshire, and it remains there to this day.

This replica was created in the late 1800s and originally erected on College Green (where the statue of Victoria now stands), only to be moved to the middle, and then later taken down when College Green was lowered in 1950 (by around 4' 6", apparently better to set off the new City Hall building), with the upper stage of the cross being relocated here in Berkeley Square. 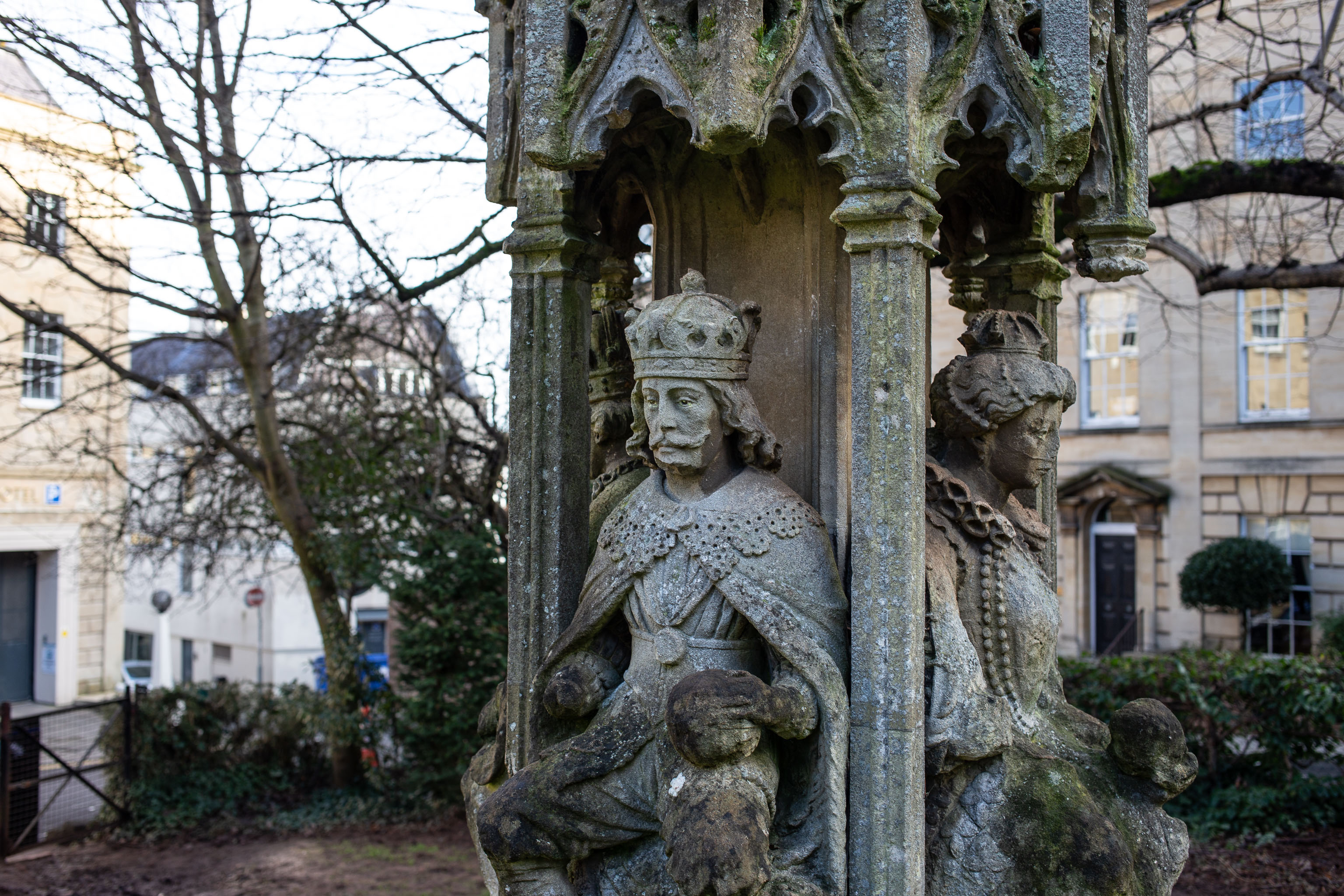