Told you they were doing a lot of resurfacing.

Here's a related fun fact to go with a dull picture, at least: the "greatest advance in road construction since Roman times" is the process of "Macadamisation": crushed stone bound with gravel on a firm base of large stones, with a camber, raised above the surrounding ground. It was invented by Bristol Turnpike Trust surveyor John McAdam, and was later refined by the addition of tar as a binding agent, giving us tarmacadam, or "tarmac", as we generally call it today.

So, basically, this ROAD CLOSED AHEAD sign, due to resurfacing, can be traced back to 1820s Bristol, where the very idea of surfacing roads was invented. 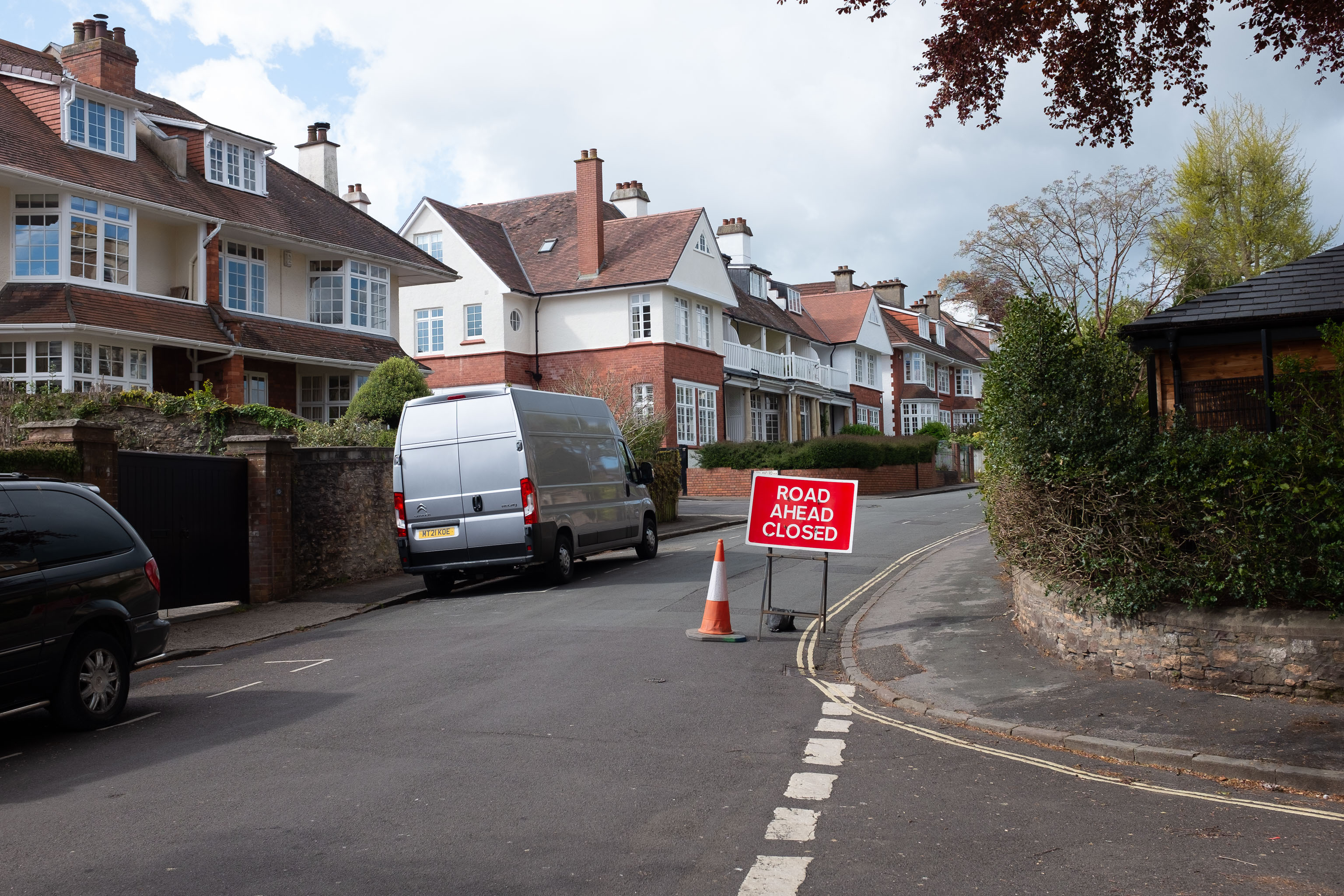