"He liked to take a walk on a Saturday afternoon with Flora for his companion, across the bridge, pausing there to look leftwards at the spreading city far below, the tangled waterways, the warehouses, the ships, the medley of houses and trees lifted to the heights of Upper Radstowe, and on the right where the gorge narrowed, to see the river sluggishly making for the Channel between banks of glistening mud on which was reflected, now and then, the white swoop of the gulls; or, at high tide, to hear the hooting of a siren and watch the ship coming slowly round the bend. It was a scene of which he did not tire for it was never twice alike. The form, the opaqueness, the colour or absence of clouds had their way with it, darkening or lightening the trees on the farther cliff and the splashes of red and yellow rock on the nearer one." — E.H. Young, Chatterton Square, 1949 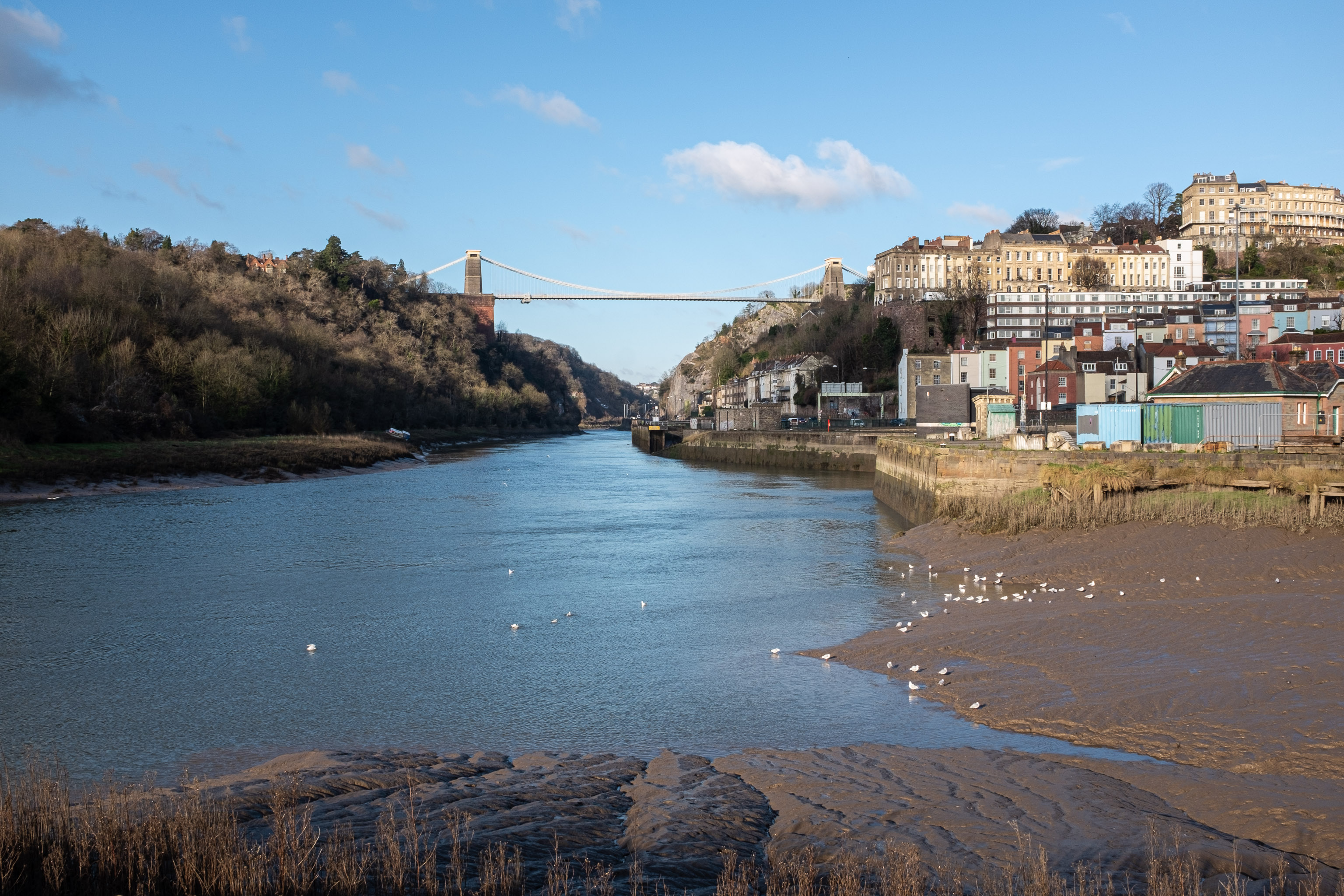