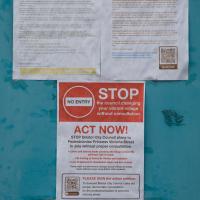 It's a little tamer now than it was back when anti-residents' parking zone protesters drove a tank through the city to deliver their petition. This one's about an experiment to pedestrianise Princess Victoria Street.

Won't make any difference to me one way or the other, really; I just walk up to Clifton Village for my shopping. Or, quite often, in completely the other direction, to North Street in Bedminster. I like both areas for shopping, and it's good to live close enough to either to get there on foot. 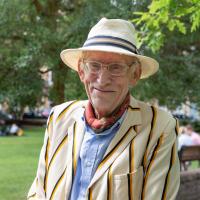 Kicked off my Clifton "secret gardens" visit by attending a talk by Victoria Square's "oldest resident", who is 95 and has lived there all his life. He did mention his family name in passing, but I've got a memory like a sieve, and his name's not on the event details. Ah well.

He really brought the square to life, with memories of the children playing in the square, making their way between the two halves using the tunnel—which I learned also had enough room to store the gardener's equipment, so must have been bigger than I thought!—and with the oldest child having a garden key hanging around their neck on a bit of string, ready to use when each family used a distinctive sound—anything from a whistle to a cowbell—to call the kids back home. He also touched on delivery men, including horsedrawn milk carts that would fill maids' jusgs from their churns, and the Walls ice cream boy who would visit houses who had hung the distinctive "W" sign in their windows on a Sunday, and gave many other amazing details. I really wish I'd recorded the event.

Among other new tidbits I can recall: 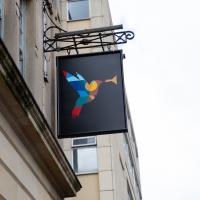 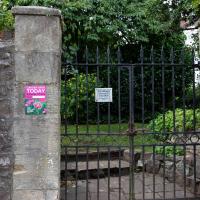 The Victoria Square event was at 11am, and I didn't have a lot of energy, so hanging around until 2pm for the Richmond Terrace Garden to open would've been too much for me. Maybe next year! The event might be back up to the whole weekend by then, rather than being squeezed into a single day. 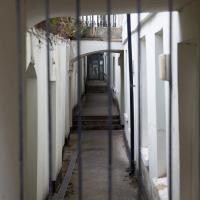 Have I snapped the tunnel-like area of Richmond Terrace before? Probably not. 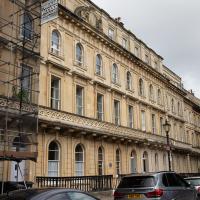 This section of Victoria Square, the second side to be built (Lansdown Road is the oldest—Regency—bit) is called Royal Promenade, and it built to resemble a palace. William Batemen Reed built it, then went on to build the Queens Hotel opposite the Victoria Rooms, which every Bristolian I know would more likely recognise by the description "the old Habitat at the top of Park Street" :D 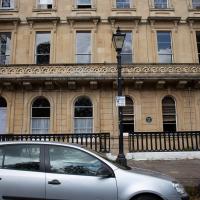 Apparently if the Royal Promenade were symmetrical, the windows of 7 and 8 would be the same size. As it is, 8 is clearly very slightly grander. 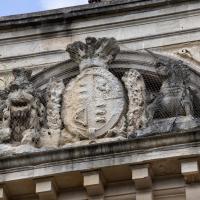 Nobody's quite sure why the Royal coat of arms appears here. Nobody royal appears to have given permission for it, and Victoria, as far as anyone can work out, never stayed here.

The weather appears to have been kinder to the unicorn than the lion. 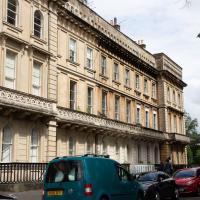 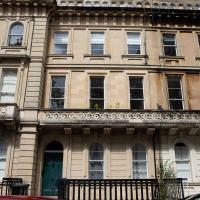 You can't see the join. Number 4 was obliterated when a bomb hit it in 1941, taking significant chunks of numbers 3 and 5 with it. Clearly they did a good job of the post-war restoration. There's a mention of the bombing on one of the BBC's People's War pages.